The producers of Everybody's Talking About Jamie have just announced that the smash-hit London musical is set to extend yet again. They will also be holding an open casting call for the new Jamie next month at the Sheffield Crucible in South Yorkshire and the West End's Apollo Theatre. Be sure to read all the juicy new details below!

The multi-award-winning show has extended and is now booking at the Apollo Theatre in London until 29 August 2020 in an open-ended run.

The announcement comes following recent news that Layton Williams, who currently portrays Jamie New in the feel-good musical, has been nominated for Best Male in a Musical at this year's Inaugural Black British Theatre Awards in October.

In other recent Jamie news, it was announced last month that a film adaptation distributed by 20th Century Fox / Walt Disney Studios will be hitting the silver screen on 23 October 2020. Things are definitely looking up for Jamie, as this acclaimed musical shows no signs of losing momentum anytime soon!

The production will officially be holding two open casting calls for the lead role of Jamie New, with one being held at the Crucible Theatre in Sheffield on 8 October and the other being held on 10 October at London's Apollo Theatre. The casting call requires you to be a "triple threat" complete with popstar-quality vocals, excellent dancing abilities, and the ability to act.

Hopefuls should possess a lot of stamina for this demanding role and be available from December 2019 until September 2020 (which hints that Layton Williams may or may not be leaving the production come Christmas time).

The production is also accepting video submissions of inspiring actors for the role performing the first 16 bars of the hit number "...And You Don't Even Know It." Video submissions should be sent to [email protected] 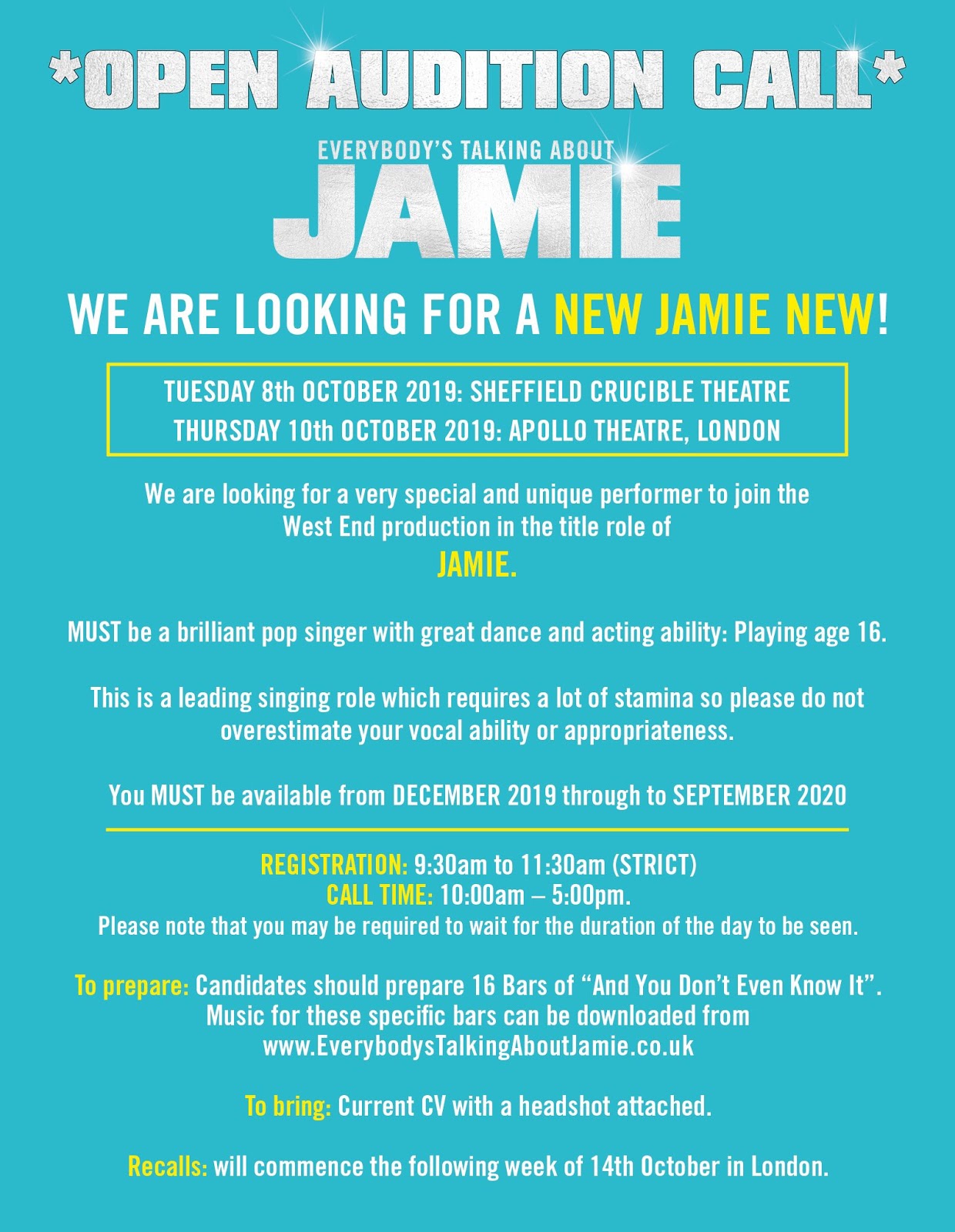 Do you have what it takes to be the new Jamie New?

Affordable tickets from £24 on sale now for Everybody's Talking About Jamie, now extended until summer 2020!

Everybody's Talking About Jamie is a touching London musical that will give you that warm, fuzzy feeling inside. It's a musical about dusting your shoulders off, putting your shades on, and giving it all you've got! Don't miss Jamie New put on an unforgettable show alongside all your favourite characters from the kooky Loco Chanelle serving you fab drag realness to the mean, old Miss Hedge, and more! Jamie The Musical is booking now at the Apollo Theatre with tickets from just £24 and up!